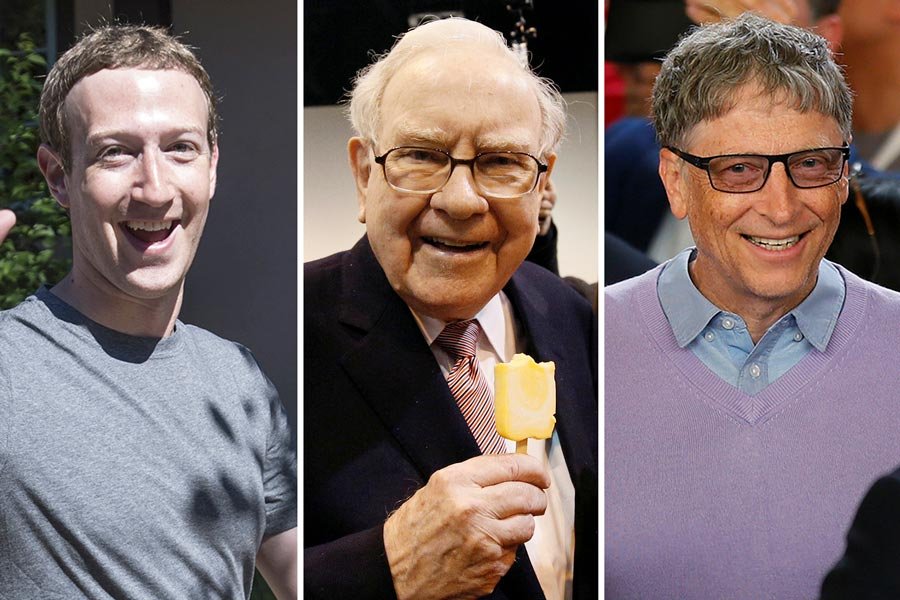 Why do Warren Buffett, Steve Jobs & Bill Gates live simply but as multi-billionaires?

Mark Zuckerberg has a lot of nice property, but he lives a private life driving a $30,000 Volkswagen.

Warren Buffett has lived in the same house he bought for just shy of $40k in 1958.

Steve Jobs wore the same outfit most of his adult life.

While Instagram and Facebook may be full of people paying for ads while posing with expensive stuff, you can tell they are not wealthy at all. And their games only work on ignorant people who believe they can get rich quickly.

Any other billionaire (there are only two) you see playing on social media is only doing so to manipulate crypto markets. And their games only work on ignorant people who believe they can get rich quickly.

You can check out this picture which simulates bill gate’s simple lifestyle and how humble he is.

True wealth carries a desire to be left alone to spend time with family, rather than trying to show the world you are someone who you really aren’t. Wealthy people have no reason to care what anyone thinks.

So end of the day you know who you are. You don’t really need to live a lavish lifestyle or make-believe you have one and post it online. 🗣️