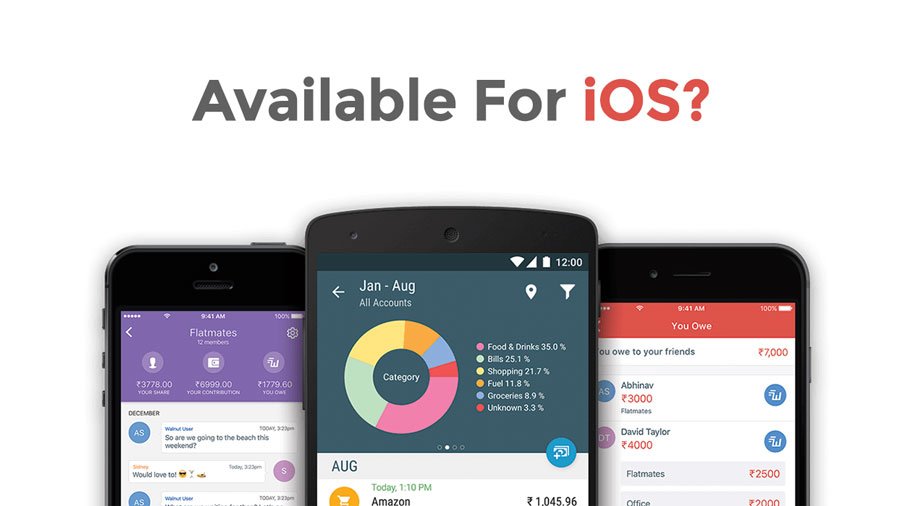 Is There Any Walnut Alternatives On iPhone Devices?

Is walnut app available for iPhone?

No walnut app for ios? really? why so? any alternatives?

Let’s say you are an Android user but you bought a brand new iPhone, which has its own advantages and quite a lot of limitations as far the customization and features.

If you use expenses trackers to track your expense on daily bases especially the ones which support SMS automation.

We all Android users know that Walnut is one of the best apps on the play store to track your expense based on SMS, but the walnut app for ios is available?

We’ll give you all the answers to your questions so keep your head on.

If you are a heavy walnut user for years now, this is a major issue if you planned to switch iOS system.

Because automatic expense tracking is not possible in iOS device, how anyone can track your expenses?

Any alternative apps that solve the purpose? If not automatic why?

Let’s dive straight into your question.

No Walnut App For iOS? Why

There is no app like walnut which can analyze SMSs and create an expense sheet by default just like on Android devices.

Analyzing the SMS app is not possible. That's the reason walnut is not developed for iOS devices.

There is no application that can read the data from the SMS, which violates the privacy policy of Apple.

iPhone is known for the best security features and there is no public API available for developers to use them and develop something like you requested.

So as far as now walnut expense tracker ios version is not available, if apple changes its policy in the future there might be some possibility that these types of apps will come.

But fingers crossed, Apple is more likely not to do that because of security concerns, so I have no hope for that.

It's better we do manual tracking, which I am going to talk about now for your alternative solution.

Why budgeting is important in personal life and in business?

Walnut like app for iPhone is not possible to find for now on the apple app store.

So it's better you look for the standard expenses trackers out there which are also very good where you have to do manual entries. which is also not that big of a deal, I am also an iPhone user so I do the same.

For my recommendation I personally use, Money Manager.

I just love the features it includes,

It s not but I could recommend you to avoid automatic trackers no matter what people say. Your financial data will be used to target your purchases and interest rates by banks etc. It’s my personal favorite simple tracker that can export your data in CSV format also.

If you have any questions you can ask me in the comment section below, I’ll be happy to help you out.