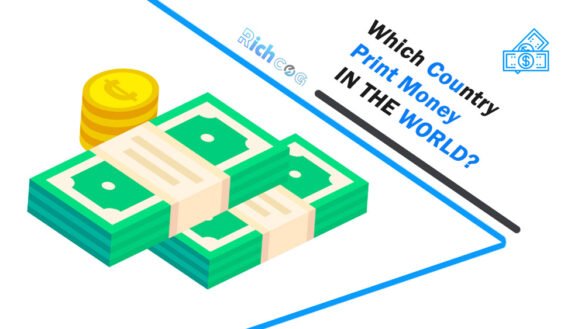 Which country print money in the world? List of countries that print their own money

Disclaimer: The information you'll get on this article is well researched, but we still don't recommend you to directly relay on, what information we're providing to the readers. Because these pieces of information don't share by the highest authorities on the purpose of security concerns.

If you are ever wondering which country print money in the world? & where money is printed? don’t worry, we are here to give you a bunch of information about printing money and more.

Ok, you are here for which country print money in the world right?

The explanation is very simple: Every nations prints their own money except those who has adopted the currency of another country.

But the answer is not as simple as it sounds. As far as the data is collected, There are 11 countries that use the US dollar that means they have no longer their own currency.

The 12 European countries were replaced with the Euro. and the rest of the remaining countries, which are 175 nations have their own currency like CAD, JPY, SGD, CHF, AUD, GBP, INR, NPR, and more.

Even though 175 countries have their own currency, most countries don’t print their own money, which makes you wonder right? Maybe they don’t have the required expertise or it’s just IMF regulations.

Before I jump into the where is money printed in the world?

Let’s check out the actual physical process of printing money and in order to take advantage of:

But most of the countries use one of the third-party printers, or the treasury department of a major country, under the contract and they will print the money for the specific nation under the deal.

Which we’ll go through it, just in a second.

Most countries prefer outside printing because it’s expensive and difficult to print your own money in your country itself. There are a bunch of companies De La Rue that is involved in printing money.

It has existed for a few hundred years so they are more mature and have good technology and has developed credibility on security.

That’s why if you are a smaller country unlike the US, China, India who can afford these things in their country itself.

It makes a lot of sense to outsource production. because it’s not going to be worth purchasing expensive technology if you only need a small number of notes.

Which country print money in the world?

The right question is: Which are the countries that print money?

It's something like asking where is money made in the world?

The answer is there are a bunch of countries that print their own money, except those who adopted the currency of another country.

There are 11 countries that have adopted the US dollar and no longer have their own currency.

The 12 European countries were replaced with the Euro which is also a very popular currency. The remaining 175 countries have their own currency.

Now, You might be thinking does every country print their own money?

All the process of printing money is done only in one of 7 countries with sufficient printing presses which provide currency for other countries as well: Like US, Canada, Sweden, Great Britain, China, Germany, and India.

There are other countries which print their own money that we will talk about later in this blog. 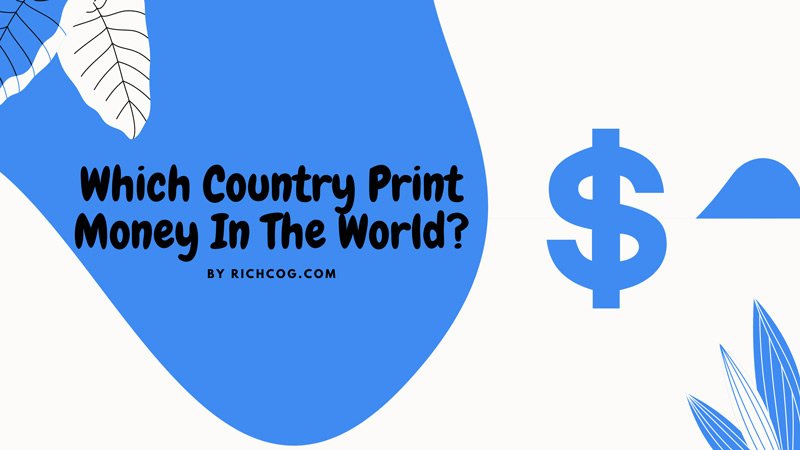 Which country print currency? [where money is printed]

Some countries, like India, do manufacture all their cash in the country itself. The US is also legally obliged to print its banknotes within its regions.

But a lot of countries except the 7 which I mentioned above print their money abroad, while others like Liberia don’t even have their own mint.

There are good amount companies out there that are highly specialized companies that make cash for most of the world’s currencies. Like one of the companies, De La Rue estimates the commercial print market makes up 11% of all banknotes produced.

The largest banknote producers are mostly in Europe and North America.

British company De La Rue produces cash for about 140 central banks. Every week it produces enough notes that if stacked up would reach the peak of Everest twice.

Its competitor, German company Giesecke & Devrient produces notes for roughly 100 central banks, while the Canadian Banknote Company and the US and Sweden-based Crane are also major players.

Although it’s a big business, it’s a somewhat secretive business too.

Article Source: Why countries print money outside their borders

List of countries that print their own money till now!

There are very few nations that print their own money and the rest of the other countries, who want to print money, those counties just have to contact those nations to print money for them.

As far we found the data on the internet and other sources, It's a bit difficult to say everything is perfect and 100% accurate but you will get the best possible answer to this question. 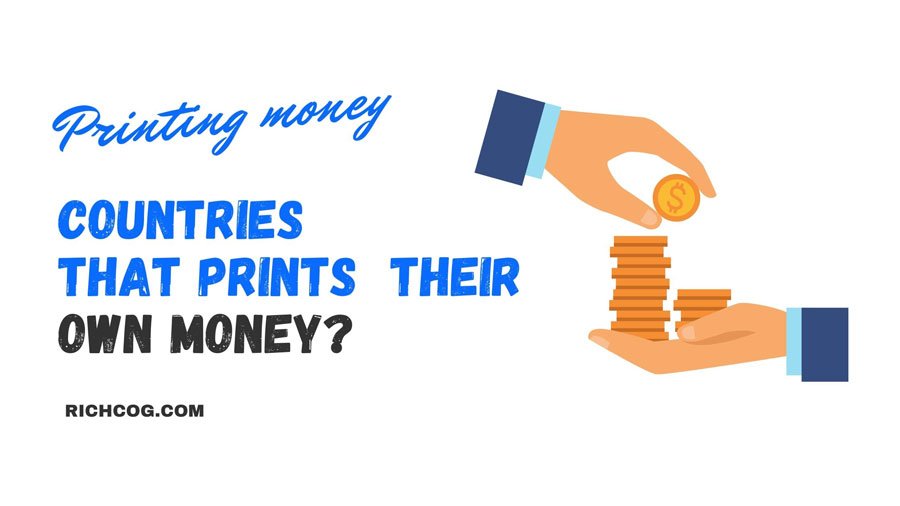 It is believed that only a few countries print their own money exclusively which is happed on the country itself.

It takes high technology and specialist to do it, that’s why most nations don’t print their own money.

Who prints the most money?

If we listen to the Federal Reserve, we will find that there is more than $2 trillion worth of Federal Reserve notes in circulation all over the world.

Which is quite a massive amount of money right!!

But there is no exact data available to this answer because firstly companies don't share this type of information with other authorities for security concerns, but as far we know the De La Rue and BEP has one of the largest currency printing operations in the world.

Which country printed the most money?

There is a lot of different data available on the internet but as far we know Zimbabwe printed the most money because of hyperinflation.

At that time Zimbabwe's peak month of inflation is estimated at 79.6 billion percent month-on-month, 89.7 sextillion percent year-on-year in mid-November 2008 whereas the normal inflate increase rate is 2% per year.

Now imagine how much money they have printed over the years.

In February 2007 and during the height of inflation from 2008 to 2009, Zimbabwe banknotes ranging from 10 dollars to 100 billion dollars were printed within a one-year period.

The magnitude of the currency scalars signifies the extent of hyperinflation.

There are many trillion bills floating around the world currently but only one stands out from the rest with its unique features. The 100 trillion Zimbabwe note is the only printed genuine issued by a central banknote in the world that has 'Trillion' in its denomination.

Here are some interesting facts about that trillion-dollar:

Why printing more money is bad?

When money is printed and more importantly when you produce more money than usual, consumers have more money and they are able to demand more goods and thus prices rise and create a massive impact on inflation rates.

So theoretically, when a country prints too many notes than it should, inflation can occur and the currency may lose its value though you can't buy the same thing with the same amount of money that was possible yesterday because of the inflation.

Is it possible to do SMS-based expense tracking on iOS and android? Let’s Find Out

Multiple Streams Of Income Ideas In Your 20s | Earn $1000+ A Month Passively?

Why can’t a country print money and get...

Best Money Attitude Quotes And Status For Everyone...

Is it possible to do SMS-based expense tracking...

When Someone Owes You Money Quotes | Best...

Why Do You Want To Earn Money? Real...

Can government print unlimited money? If not then...

How much money should I have before investing?...

What Is Net Worth? How to track Net... It’s all about business, affiliate marketing, personal finance, books and more. You need it we know it.